In 2016 we were considering another special project. We considered a project in Mostar, but decided not to pursue it. Then we went to Capljina to help refugees still living in a camp. However, Sr. Josephine had built a very nice home for the refugees in need. Sr. Josephine and Father Gerard took us to Ravno to meet Father Pero.

Ravno is about 2 hours from Medjugorje.  It is located in the mountains boarding the Republic of Serbska and 30 minutes from the sea.  Ravno was the first village bombed during the last war.  Many people fled to Croatia leaving the old people behind.  Father Pero asked us for help.  He wanted to take care of his elderly.  Many of them have no relatives and are living on their own in very poor living conditions .  We agreed to build a 30-bed assisted living home for the elderly.  The home opened in the Fall of 2017 and is operated by Father Pero and the municipality. In the summer of 2020, the home had approximately 45 residents. 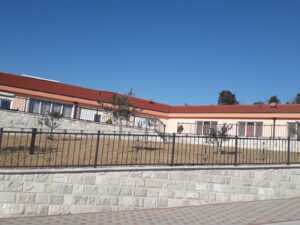 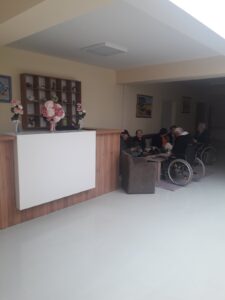 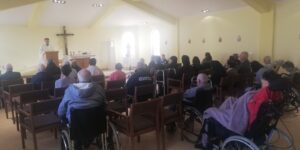